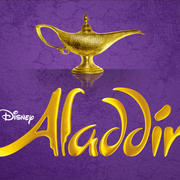 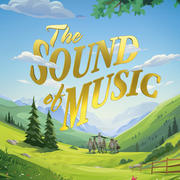 The Sound of Music

One of America’s greatest musical- and playwrights and multiple Tony award winner, Terrence McNally died Tuesday 24 March. He was 81.

Terrence McNally, who died of complications from the coronavirus, was a long standing friend of Stage Entertainment, together with his husband Thomas Kirdahy, the Tony and Olivier award winning theatre producer. Both stood at the base of the success of ‘Anastasia’.

Terence wrote a broad range of musicals and plays, varying from Anastasia, Ragtime, Kiss of the Spider Woman to Master Class and Frankie and Johnny in the Clair de Lune. His plays and musicals explored how people connect — or fail to. He used theatre to bridge the gap between people caused by differences in religion, race, gender, and in particular sexual orientation. Exploring these themes, earned him multiple awards. In 2019 he was honored with a Tony Award for Lifetime Achievement.

Fleur Mooren, COO Stage Entertainments says; “Terence was a very talented man; a brilliant  writer.  Tom and Terence have been long standing friends and partners of Stage Entertainment worldwide. Terence was essential to the success of  Anastasia, a musical which touched the hearts of so many people. I am very proud of our cooperation which enabled us to bring his beautiful work in our theatres to large audiences. It is a comfort that we have such a close relationship with Tom, his husband, which we hold dear. Our thoughts are with him and his family”.

On behalf of all our Anastasia cast and crew members in the US, Germany, the Netherlands, Spain and around the world, I want to express our admiration, love and gratitude. Terence will be remembered every time the curtain raises on Anastasia.